4 Ways to Gain from Your Loss 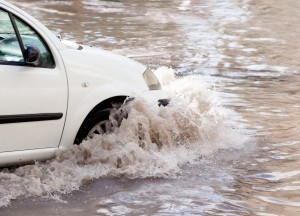 Michigan taxpayers who were adversely affected by the severe storms and flooding that began on August 11, 2014, may qualify for tax breaks from the Internal Revenue Service (IRS). Macomb, Oakland and Wayne counties were declared a federal disaster area because of the storms. The federal designation means flood victims who reside, or have a business in these counties, can look forward to help from the IRS in a few ways.

1.  Deductions for losses not covered by insurance

Property losses not covered by insurance or other reimbursements may be deducted if they are at least $100 and more than 10 percent of your income. You multiply your income by 10 percent and subtract $100 to calculate your deduction. For example, if your income is $50,000 and your loss is $10,000, you will have a deduction of $4,900.

You need to document the damages and photos are helpful if you have them. For losses in the tens of thousands of dollars, you should bring in an appraiser to verify the extent of your claim.

Taxpayers in the disaster area have the option of claiming disaster-related losses on their federal tax return for either this year or last year. Claiming the loss on an original or amended return for last year will get you your money faster. However, waiting to make the claim on this year’s return could get you a greater tax savings, depending on other income factors.

If you decide to claim the deduction on last year’s return, put the disaster designation “Michigan/Severe Storms and Flooding” at the top of the form so the IRS can expedite the refund.

Certain deadlines that fall on or after August 11, 2014, and on or before January 15, 2015, have been extended through January 15 by the IRS. This applies to corporations and businesses that previously obtained an extension until September 15, 2014, to file their 2013 returns as well as individuals and businesses that received a similar extension until October 15. It also includes the due date for the estimated tax payment for the third quarter of 2014, which would normally be due on September 15. The IRS automatically identifies taxpayers located in the disaster area and applies filing and payment relief.

There is more information on the IRS relief for Michigan flood victims on the IRS web site.

The Michigan Department of Treasury will observe the IRS tax filing extension granted to taxpayers who were adversely affected by the severe storms and flooding.

For Michigan individual income tax purposes, the third quarterly installment of estimated tax payments may be made any time on or before January 15, 2015.  Individual annual income tax returns previously extended to October 15, 2014, may be filed on or before January 15, 2015.  The Michigan Department of Treasury will waive any penalty and/or interest charges for late filing.

For Michigan business and corporate income tax purposes, any filings and payments due on or after August 11, 2014, and on or before January 15, 2015, will be considered timely if made by January 15.

So don’t let your flood damage drown you in losses; look to these tax breaks for relief instead.

Attorney James (Jim) Rocchio’s tenure as a “Big 8” Certified Public Accountant gives him the added capability to prepare all corporate, partnership, individual, gift, estate, trust, and not-for-profit federal and state filings. He serves as outside general counsel for many privately held companies and advises them on a variety of business law needs, including commercial, corporate and tax matters.